Colic is the strong and persistent cry, which occurs in infants aged 3 weeks and 3 months. How much the baby cries, excessively or in an extreme, is something subjective and differ depending on the perception of the one that take care of the baby. However, doctors make a diagnosis of colic in a child in full health state if more than 3 weeks, cries more than 3 hours a day, more than 3 days a week, with a high intensity, depending on the age. It’s hard to console a baby with an episode of colic once it started.

Infants with colic cry more than other children. When crying, the baby moves his arms and legs,he is agitated and seem to have pain. Sometimes they tense their arms and legs and after an episode like this they relax. Colic can cause redness or bruising if the babies cry too much. When the baby cries more than 3 hours a day, most likely, the crying is due to colic. Infants with colic become agitated at the end of the day, but colic can start at any time of day.

Babies can cry in rounds and continuously, but for a longer period. When complaining, they swallow air, so their belly will swell and become hard, which increases even more the discomfort. The seizures last from 10 to 20 minutes, but usually is repeated. Although these events may occur at any time of day, they are conspicuous in the afternoon or evening and not at meals.

Remedies for calming the colic:

Wrap the baby in a soft and warm blanket, you will create such an indirect source of heat, that it will relieve pain.

Take the baby for a walk outdoors, thus prompting a change in temperature.

Hold the baby and swing him to cause a change in the place from horizontal to vertical.

Put the baby in his rocking chair and rock him easily around a radiator.

Put some music on, the little one will focus on the rhythm of the music and he will forget about his belly pain.

Show him simple contrasting colors and designs that will capture his attention and will stop crying.

Put the baby on his belly, massage him with baby oil and blow gently on his back.

Put a warm bottle on his belly. 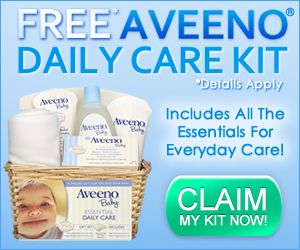